Just about every boat on the river has a name. In this region many names represent fame and fortune. Just this week a large cruiser named Aces was launched. I presume a great poker hand funded the vessel. The fastest cigarette boat on the river is called My Way. Classic wooden boats from the Gilded Era, named Pardon Me and La Duchesse, live on in reputation. Boat-names tell a story. Remember Bernie Lomax’s boat Premiums from “Weekend at Bernie’s?”

Our first red Lund came to be named the Red Flasher because, “It’s red and it goes fast.” As soon as Paul and I decided to buy a white Lund for the St. Lawrence, Paul cautioned, “It will be one of the smaller boats on the river.”  Without hesitation I named our boat, Cygnet, a young swan.

It’s not uncommon to find people who name their vehicles. I distinctly remember Edana’s Ford, named Fred.  Once named, an object takes on its own persona. Fred became a personality, one of the gang. He egged us on to Chinese fire drills, one-sided bus seating, and other antics that my friends will recall.

Since we relocated I have been fanatical about naming things. Actually, things just seem to name themselves. First, our new house became Twin Bridges North. In Pennsylvania 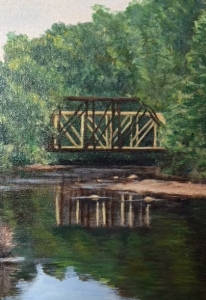 we lived near a stream with a great swimming hole called Twin Bridges. We now find ourselves on an island connected to mainland by two noted bridges, one to Canada and one to the U.S. mainland.

Other areas of our new home quickly claimed identity. As soon as I placed my mom’s hand-hooked rugs on the floor of the guest room, it became the Suzy Buckley Bedroom (my mom’s maiden name).  The room styled itself in a bird theme. Every bird picture, painting, or accessory became a natural fit. I soon realized that Paul’s mom, who had loved feeding birds, needed to be honored with the Isabel Rose Bird Sanctuary on our back deck. Paul has taken up his mom’s commitment to feeding birds. We’ve enjoyed visits from dozens of migrating bird species. Isabel would be pleased.

A bench I nearly donated to Good Will found its way to our back yard facing the nearby number-one golf green. Now we have, Grandpa’s Bench, the perfect place to commune with Grandpa Findlan, who loved golf and golf courses. With each memorial we invite deceased family members to join our lives. 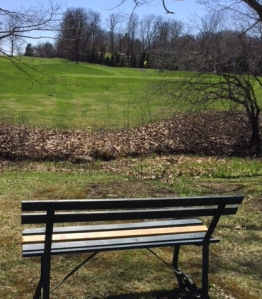 Sometimes a lost history is preserved through a name. Years ago, Paul and his brother, Joe, purchased a portable canvas awning with poles for the family to use on fishing and camping trips. I named it Panama Lodge to honor family ancestors who ran a store in Panama during the building of the Canal. In the 1940s Paul’s parents rented a room on their third floor to travelers and salesmen in an era when affordable hotels were scarce. We inherited their vintage tourist sign. It now hangs above a covered side entrance into our new house. Even though our visitors rarely use that door, we call it the Tourist Entrance.

Name It To Claim It

My naming obsession goes on and on. I have a place called the Bunkie, and another area to become Naiads Grotto. Lowly objects rise in importance with official names. A wooden seat is now the Coming and Going Bench. I don’t doubt that at some point every nook and cranny will have a moniker.

I have a theory to explain my need-to-name. Abraham Maslow, seminal psychologist, proposed that a hierarchy of basic needs must be met before a person can progress to higher “growth needs.” The basic needs are physiological, safety, belonging, and esteem.  Growth needs are cognitive, aesthetic, self-actualization, and transcendence. If at some point any of the basic needs ceases to be met, that shortfall must be remedied so an individual can return to the growth needs.

Paul and I had lived all our lives in the town of our birth. We knew people and places intimately. We belonged. Once we relocated to a strange place, with none of our history, we lost that sense of belonging. I suspect that naming my surroundings accelerated assimilation. Furthermore, every item I name joins a cast of characters who follows my script. Moreover, I read that naming an object makes it relate-able in a human way. I regained a sense of belonging with all these now-relate-able objects and places.

Yesterday, we christened a cupboard that has waited more than eighty years to earn its name. A vintage Hoosier cabinet, once used in kitchens in the 20s and 30s to hold baking ingredients, utensils, and usually a large flour sifter, sat in our Pennsylvania basement the entire thirty-one years of our residence. Now, it houses our wedding crystal and assorted liquors (a.k.a. Island Survival Kit). My dad, born the same circa as the cabinet (1930), appreciates the potential of our vintage bar. Hence, we toast the cupboard’s new official name: Cork’s Corner. 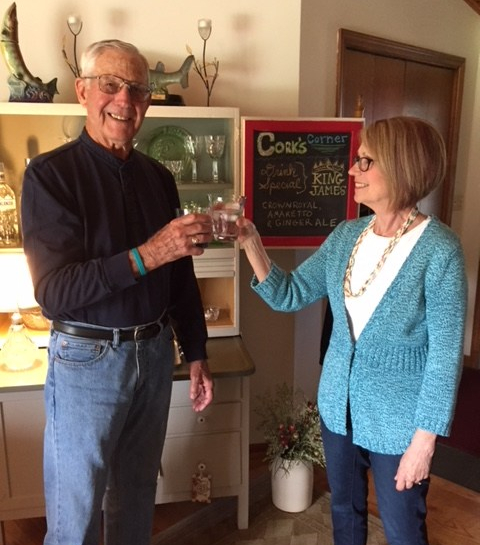