I’ve been invited to play pickle ball, golf, and join Zumba. Others have welcomed me to quilting and weaving. Yoga and tennis advertised nearby.  All of those sound like work.  A book worm from age nine, I have found my fellow worms.

Book Club met last Thursday. A thread of messages prior suggested snacks to coordinate with this month’s reads.  French pastry will make an appearance to honor the French-Canadian author Louise Penny.  Naturally, wine to accompany.  We’ve decorated personal wine glasses to use at each meeting.  Melissa coordinated rides off the island. Nearly twenty attended. As a retiree and new resident, I appreciate the friendships. The meetings, social events for sure, are not defined by small talk. Thought-provoking discussions rule. 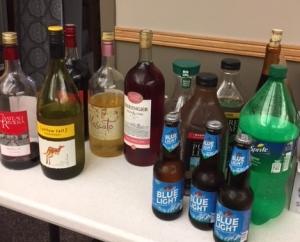 Some might think reading is not an active pursuit. Since I joined Book Club we’ve had a dinner-party recreating a scene from The Dinner and an authentic tea-brewing demonstration to enhance The Tea Girl of Hummingbird Lane. We intended to row a skiff following The Boys in the Boat, but had to cancel due to high water. We contribute change to the money jar, replicating the theme of The Christmas Jars. This past weekend a few members went to the movies to see the comedy Book Club. We often gather to watch the film version of a book we’ve read.

Some members do elaborate research to find accessible, relevant titles for us. Others have library apps and links to Goodreads so we always have quality books. A few keep a meticulous list of our past reads, and many have annotations from the inception.  No eyes roll when metaphors, symbols, or deeper meaning are sought. All members eagerly anticipate the monthly meetings.  Denise, our coordinator, admitted she missed her daughter’s school concert to attend Book Club.

My friend and writing mentor, Marilyn, explained this phenomenon simply. “Like-minders,” she said. Like-minders span all age groups and life phases. They may not have followed similar life paths, but they are like-minded about a shared passion.  In some deep seated place, they have a desire which mirrors our own. Not a calling, which carries a connotation of an external force. Like-minders are driven by a force which compels them from within. They often join in active pursuit of the interest, forming a coalition. Like-minders challenge one-another to expand knowledge and improve personally.

Writing, a required part of my career, now becomes a commitment.  I have the freedom to choose topics and genre. And, once again, finding Like-minders inspires me to produce.  Our fellow authors sustain us with positive feedback and publishing opportunities. Once a year we gather with our Canadian counterparts to read our works and celebrate our common ambition. Kim, a fellow scribe, said she always felt like an alien until she landed in Poets & Writers, INK, a friendly planet inhabited by alien writers.

Before we can find Like-minders, we have to know ourselves. I contend that we know ourselves at age nine. After that, life complicates and distractions lead us off course.  The first groups we identify with help us discover who we are and aren’t.  I tried Girl Scouts in elementary school.  In scouts I learned the process for earning badges: set a goal, complete tasks and learn skills to achieve it. I still follow that method.  Next, I joined Rainbow Girls. I had little understanding of our ultimate purpose, but I was drawn to the symbolism in the colors of the rainbow. Even then, I sought meaning. And of course, the glamorous white gowns added glamour.

In junior high we yearn to imitate our peers.  Two of my best friends, Wendy and Sue, made the cheerleading squad. Never particularly athletic, I persevered for two years before making the team.  I could never do any of the acrobatics. I relied on enthusiasm and a smile. I should have joined art club or written for the school newspaper.  Do all teenagers insist on becoming what they are not?

I had plenty of other detours, take Courtesy Club. Highly exclusive (which discomforts me now), the adviser had sole power to choose the girls to usher for school events. We would stand primly at the auditorium doors, with programs in hand and escort people to their seats. Our personal interests did not matter as much as the dress code, white blouses and black skirts.

I once read that if an individual is attempting to identify her true passion, she should respond to the following question:

“If you are in a social situation in which groups of people are conversing, what group would compel your participation?”

Once we learn our penchants, locating our fellow fanatics can proceed.  Like-minders might use bumper stickers, banners, or buttons to signal their obsession. Fairs, festivals and conventions offer networking nationally and internationally. Social media allows anyone with technology to find Like-minders.

Don’t be mistaken, Like-minders don’t necessarily think alike. Although they share a propensity, they come from various perspectives and belief-systems. In writers group we have persons of faith and the faithless, we have an anarchist and a conformist. We hear works from young adults and octogenarians. Differences in life views broaden our perspective and deepen our humanity. We know one another through our writings, with no pretense or hypocrisy. We are like-minded in our drive to write and that connects us.

Like-minders hold diverse opinions. In book club, any given title might be loved by one reader and detested by another. Someone likes the plot wrapped up in a perfect bow, yet another reader prefers to pull the strings together on her own. We have Gail, who admits to rarely finishing a book. Yet she enjoys the camaraderie and discussions. She finished this month’s selection. We applauded.  We are like-minded in our quest for stories, true and fictional, in our search for sense and meaning.

Julia Cameron, author of It’s Never too Late to

Begin Again, observes:  “In retirement, the intensity of our work relationships diminishes, and those that continue are for the most part by choice.” We should build a community of support, people who mirror our most positive and expansive selves. Our Like-minders. Our birds-of-a-feather.

2 thoughts on “Birds of a Feather”