Today I set an intention for balance. I visited the Rapunzel Salon in Gananoque, Ontario to update my hair style and color. I chose to abandon the asymmetrical cut.  My annual milestone is a month away and what is more uniform than the age of 66? (well….88 is perfect symmetry!)  Just as I did one year ago, I called upon Melissa to assist with this symbolism. She snipped and trimmed until both sides matched in length. Next, she added the artistic flair of deep red accents. What these vibrant highlights represent, I am curious to discover. Naturally, we took before and after pictures to record the transformation. 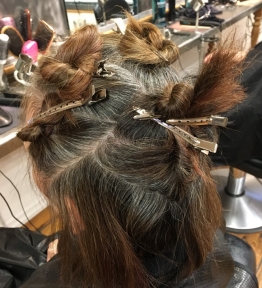 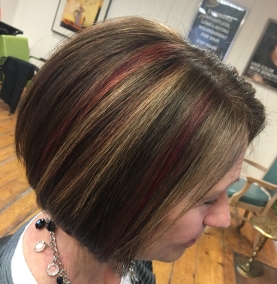 Paul and I recently engaged in a makeover of our living space. We had put off our largest interior painting project for over two years. Once the holiday season passed, we set our minds to the task.  I noted that on Pinterest DIYs take before and after pictures to document interior improvements.  So I snapped photos of our off-white walls.

Next, we pulled the paintings, antlers and fish mounts down; spread them throughout the guest room and in corners of closets. We had to shift furniture into the room’s center. I emptied a four-shelf hutch filled with glassware and mementos; stacked it all on the kitchen island. We draped tarps and plastic over the remaining furniture and floors.  We set up two step ladders, spread out the paint cans, brushes, and roller pans onto the dining table. Three and one-half days later, we finished, vowing never to paint this room again. Painting paraphernalia boxed and hauled to the basement. Finally, I snapped after shots. 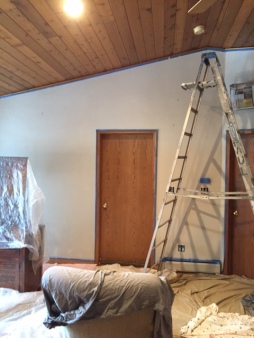 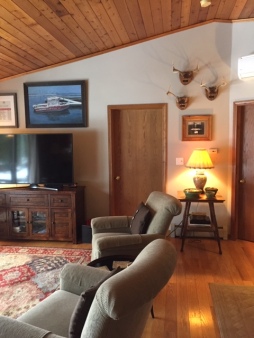 These two words describe a state of affairs prior to and following some kind of intervention.  I notice that on media before and after pictures persuade us to invest in miracle facial serums, exercise equipment, or weight-loss plans. On  HGTV it is the satisfaction of watching a weekend home remodeling crew transform an outdated mid-century house to the updated after version. Lately, I’ve been fascinated with the before and after stories on Marie Condo’s show Tidying Up. During the transitions, the process is sometimes messy and uncomfortable. But the final results reward the effort. Documenting before and after affirms that we have the power to improve a particular situation.

Literature’s before and after goes by prologue and afterward. In fantasy, once- upon-a-time equates with before, followed by the happily-ever-after.  In more somber situations, such as misfortune or disaster, the before condition is followed not by the after, but by the aftermath: 911, wildfires, a mass shooting, and so many more tragedies. Before and after images cruelly show us how powerless we are in many catastrophes. Conceivably, all of time consists of a perpetual series of before and after.  Does every after eventually become a before?

My friend, Clarissa, reminded me that the only power we really have lies in the now. Time for us unfolds instant by instant.  Only in the present moment might we make a decision, set a course, or take a new view.  We determine whether personal circumstances become the before or the after.  Perhaps we should focus less on the before and after and more on now, the most precious thing we have.

To quote a vintage daytime drama: “Like sands through the hourglass, so are the days of our lives.” 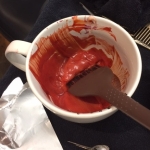 5 thoughts on “The Hourglass”